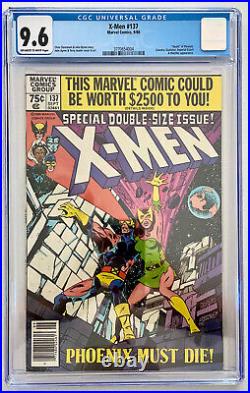 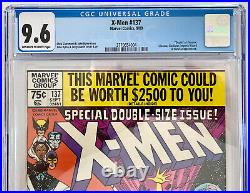 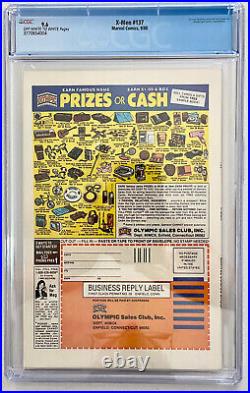 Newsstand copy of X-Men #137! Death of Jean Grey as Phoenix. The Dark Phoenix Saga: Part 9 of 9 – The Fate of Phoenix! Story by Chris Claremont and John Byrne. Art by John Byrne and Terry Austin. The persona of the Dark Phoenix has subsided, but for how long? The Shi’ar Empire doesn’t plan to wait and find out. While as Dark Phoenix, Jean murdered untold billions, and the alien empire plans to see her pay for her crimes. Now, the X-Men must battle the Shi’ar Imperial Guard in a dual to decide the fate of Jean Grey. Don’t miss the stunning conclusion to the greatest X-Men saga of all time! Plus, the Kree warrior, Bel-Dann, and the Skrull spy, Raksor, both whom appear in this issue, play a role in the 2020 Marvel event Incoming. This item is in the category “Collectibles\Comic Books & Memorabilia\Comics\Comics & Graphic Novels”. The seller is “the_comic_boom” and is located in this country: CA. This item can be shipped to Canada, United States.